With great pleasure we welcome you to the website of the Honorary Consulate of Jordan in the Kyrgyz Republic.

Numerous relations between Jordan and Kyrgyzstan today reached a level where in Kyrgyzstan made ​​possible the opening of the Honorary Consulate of Jordan. Creating that consular post indicates the mutual interests of the two countries to further develop these relations.

Jordan and Kyrgyzstan cooperation has great potential in various fields.

The department of foreign Affairs and Trade presents its compliments to the Embassy of the Jordan concerning the nomination of a head of a consular post in accordance with Articale 11 of the Vienna Convention on Consular Relations.

In accordance with Article 12 of the Vienna Convention on Consular Relations, Irina Bruk is by this Exequatur admitted to the exercise of her functions as Honorary Consul-General for Russia in Brisbane with Jurisdiction throughout Queensland and Victoria.

The Department of Foreign Affairs and Trade avails itself of this opportunity to renew to the Embassy of the Jordan the assurances of its highest consideration. 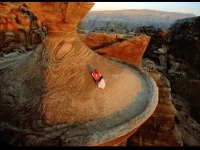 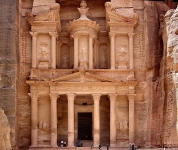